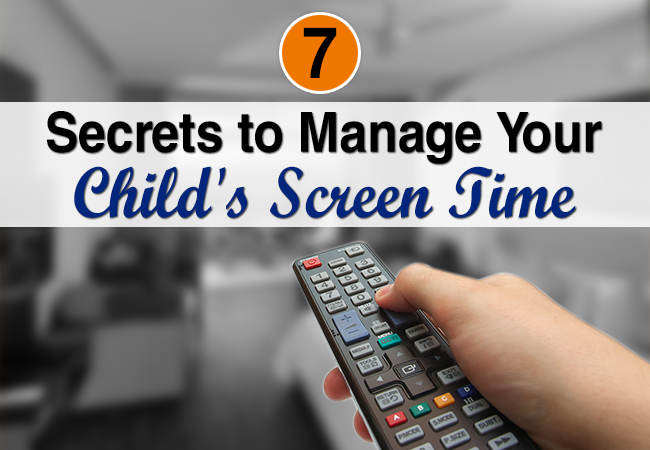 Overheard: One mother saying to another “You know what, last night I downloaded a new racing game for my son, and he has already mastered it. He is only 6” – Aren’t things moving a little too fast here?

Parents due to their guilt of not spending adequate time with their children give them free use of the internet, video games, mobile phone and tablet access. Though it may keep them engaged for a while, you don’t know what your child is really missing. Leave the missing part – some parents don’t even realize how damaging it is for their child. It can change their behavior, affect their brain and many children suffer from nervous damage, motor skills and so on. It is time parents realized and implemented disciplinary methods to keep their children from being hooked to technology, because while they can learn something new through their access to Internet and television, the harm they do can never be erased.

The world is no longer on the brink of a digital revolution, it is already wallowing in it. And because of this, it is not easy to protect your children from too much screen time. Even then, here are seven secrets that would solve the problem for you.

1. Download apps that would let you monitor and control their screen time

Thankfully, if there are ways in which children can go astray, then there ways in which you can curb them as well. There are plenty of mobile apps in the market that would let you monitor your child’s screen time. You can use apps to block apps, so if there is something in your tablet that your child shouldn’t be watching, then he won’t be able to access it. Since you have the reins, you can decide how much time a specific app should be accessed and when it should be shut down. You can even set school time restrictions and bedtimes for your children. By monitoring your child’s tab habits, you are not guilty of mistrusting them, you are just making sure they don’t access what they are not supposed to, even by accident.

2. Set rules and adhere to it

Before handing over the smartphone or iPod to your child, you must set specific times for usage. Children under the age of 2 are not allowed to see the TV, and when you see a TV program with PG 13+ rating, it doesn’t necessarily mean your teen is ready for it. You can decide on the smartphone and tablet timings, after which you can ensure the child doesn’t use them anymore. You can of course, use monitoring apps for this.

3. Play with your children

If your child is interested in sports, then go out and play with him. That way, he will loosen his addiction on video games. Give him a taste of the real thing; the joy of playing outside. Give him tips on how to play various sport; teach him a new trick each day. If your child is too small, then you can arrange play dates for him. If you are a stay at home mom, you can offer to look after the children while they play.

4. Set an example yourself

Why blame the kids when adults are equally addicted to smartphones and tablets? If they see you spending time on whatsapp, Facebook and the like, they are going to indulge in their own activities. You must have observed ads where they show family/families sitting in restaurants and where each member of the family is engrossed in their own gadget rather than talking with each other. This means they prefer to spend time on gadgets and imaginary friends rather than with their own family. This has to change. Not only are these gadgets harmful to the child physically, but she is also missing out on relationships and family values.

5. Have a common TV viewing time

This would help you gel with your children. They can all watch the news together, go for a walk or indulge in an activity that brings the whole family together. If you are all watching a sitcom together, then discuss the story, why a particular character is behaving meanly, whether the character sketch is done properly and so on. You can actually find some “teachable moments” in sitcoms.

6. No TV in the dining room and bedroom

Children watch television while eating meals. It is a reason for overeating too, leading to obesity and other health problems. The TV belongs in the living room; it doesn’t look good anywhere else. Let “mealtime be family time” because it would probably be the only time of the day when the whole family gets together.

7. Give your child responsibilities

Depending on the age of your child, you can entrust little chores around the house. Give her points for a task well done and you can “treat” her when she reaches a milestone. Get her interested in gardening, let her grow her own plants so she can tend to them; let her develop other hobbies. It is easier for parents to give them the iPad or allow watching the television, but when you consider the risks that come with it, you do have second thoughts, don’t you?

Do these figures scare you? Then it is time you did something about it:

The most dangerous age period for a child to become hooked to technology is 6 to 9. That’s when they start owning an iPod touch, or gain access to the smartphones and tablets in their family. Slowly, they start firing up apps to connect with their peers, discuss homework or merely chat. As the days go by, it becomes more and more difficult to control their screen time because they are addicted to it. And there is peer pressure as well. There is general misconception among children that if you don’t use an iPad, iPod Touch or even a smartphone, you are old fashioned. Children are terrified of being called old fashioned and start pressurizing their parents to buy one for them. Use these tips to manage your child’s screen time.

Melvin Mathews is the Chief Promoter and Marketing Head for trendsandme.com – An Online Clothing Store for Kids based at Kerala, India. We provide a wide range of party wear dresses and accessories for baby girls at affordable rates. We take